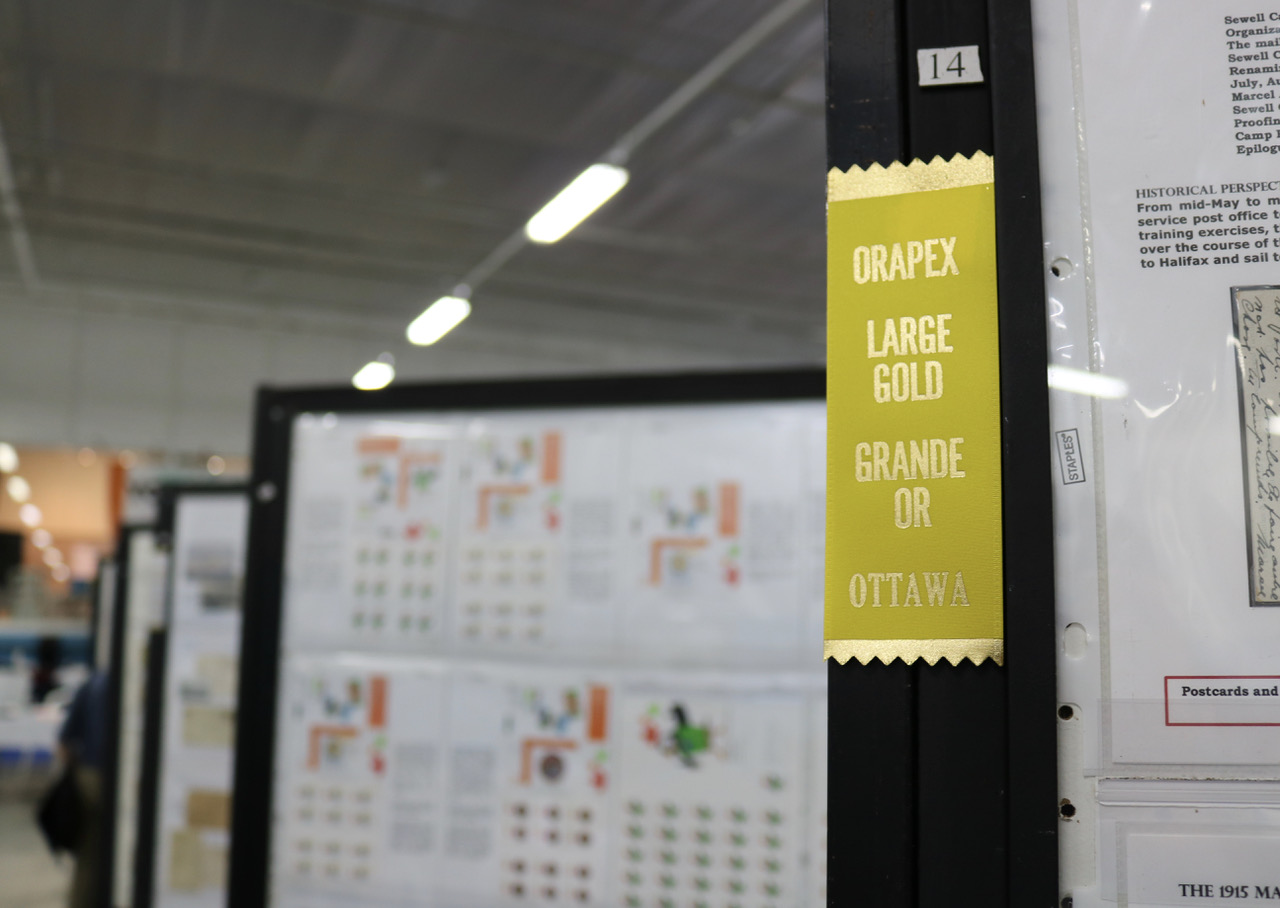 Members of The Royal Philatelic Society of Canada (RPSC) are exhibiting excellence at high-level exhibitions in Canada and abroad.

At the 160-frame national-level competitive exhibition held at Orapex this May, RPSC member Michael Deery won the Grand Award for his eight-frame exhibit, “WWII Postal Protocol: Mail Violations and Advisements.” The exhibit didn’t just focus on the war-time censorship of a single country but also highlighted postal protocols of countries around the world throughout the Second World War.

During the Second World War, both Allied countries and Axis powers monitored civilian and military mail in an effort to protect their respective war efforts from being jeopardized. Countries censored mail, identified violations and issued warnings for postal protocol deemed a security risk by inserting or attaching a slip, memo, notice, form or label to an envelope. In many cases, a handstamp was also applied.

Deery outlined the violations and advisements in 13 categories, including:

There are only a handful of national-level accredited shows hosted in Canada each year. These include: The RPSC Convention, which will be held June 22-24 in St. Catharines, Ont.; the Edmonton Spring National Stamp Show, which was held March 24-25 in Edmonton, Alta.; the aforementioned Orapex, held May 4-5 in Ottawa; Novapex, which will be held Sept. 14-16 in Dartmouth, N.S.; and Canpex, which will be held Oct. 13-14 in London, Ont.

RPSC Darcy Hickson also won the Single-Frame Grand Award for his exhibit, “Sewell Camp,” which offered study of the postmarks used at the short-lived camp when it was open in 1911.