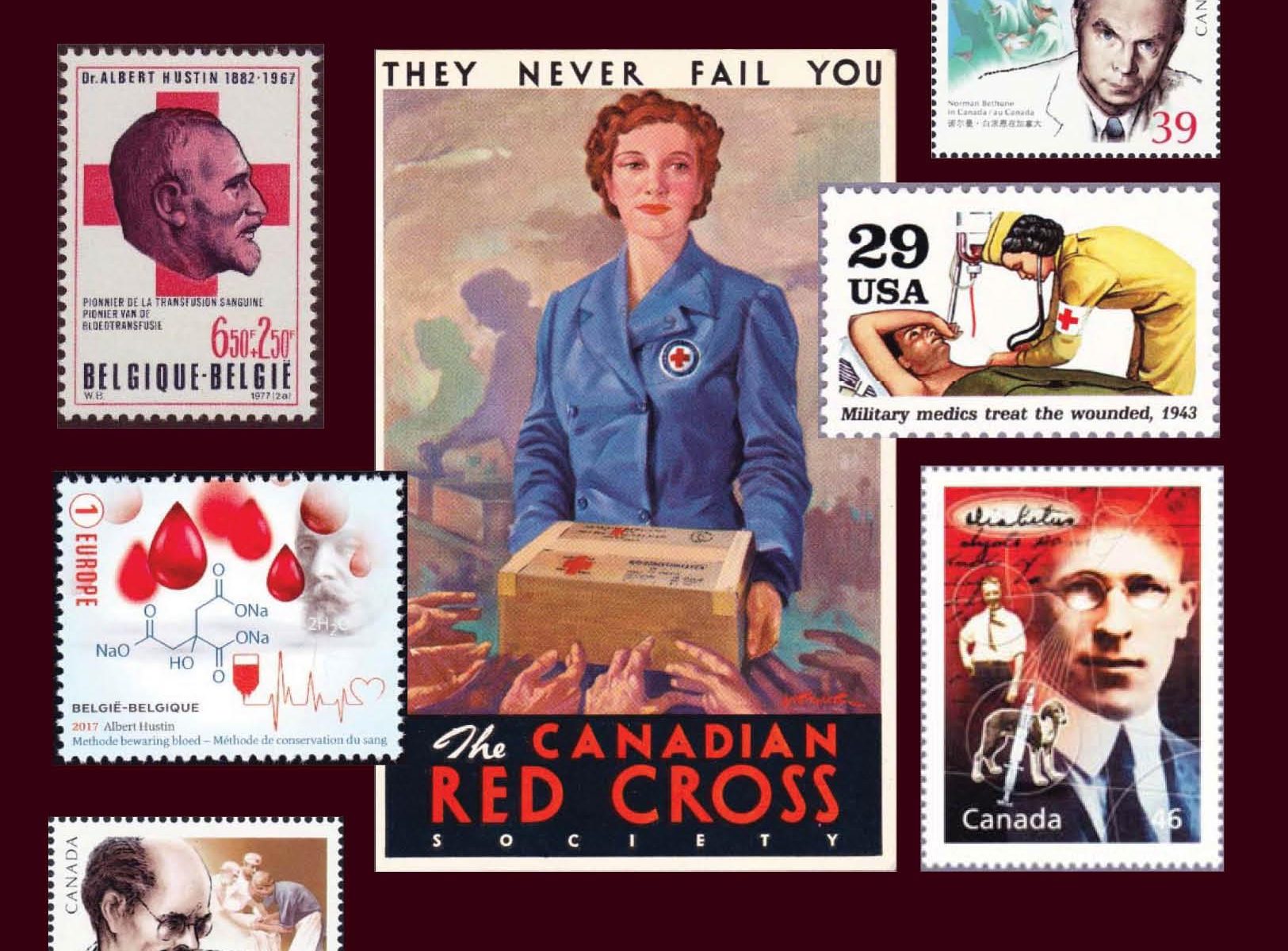 Since 1950, The Royal Philatelic Society of Canada (RPSC) has published a bimonthly journal called The Canadian Philatelist (TCP).

With compelling philatelic articles, society business and news as well as events and meetings calendars, TCP is a major benefit for RPSC members, who receive new editions of the journal when its published every two months.

The cover story for the May/June 2018 issue (Volume 69, No. 3), entitled “Blood in the Time of War,” focuses on blood donations during major conflicts such as the First World War and Second World War. Written by RPSC member and Toronto medical doctor Jean Wang, the story is based on her award-winning exhibit, “The Story of Blood: Myth to Medicine,” which earned a Large Gold at the 67th annual National Topical Stamp Show last June.

“Campaigns to recruit civilian blood donors were supported by the postal service,” she writes. “Slogan cancels were used to disseminate appeals to the public. In 1942, a Winnipeg proprietary slogan was issued with the message ‘SUPPORT THE BLOOD DONOR CAMPAIGN.’ A bilingual slogan ‘BLOOD DONORS WANTER/DONNEURS DE SANG DEMANDES’ was used in Ottawa in 1944-1945. Neither of these slogans specifically referenced the war, in contrast to slogans that were used on metered mail in the United States during the latter part of WW II.”

Canada’s national stamp club, The RPSC can trace its roots back to 1887, when the Canadian Philatelic Association was founded; however, it wasn’t until 1959 the society received its “Royal” designation.

Past issues of TCP are available on the society website, rpsc.org, free of charge for issues from 1950-2010, along with all of the journal’s predecessors, including: